A micro enterprise existing for a very long time, Emergence as a part of the retail sector in an attempt to survive…The ‘paanwala’(pa:nwallah).  -the Betel leaf seller.

Are paanwalas good enough to be a mini business enterprise? Or else, just considered to be having nuisance value on streets, nooks and corners?

What is the level/extent of awareness amongst the paanwalas as street vendors and their rights therein?

Are the Urban Local Bodies emphatic towards the demands of the paanwalas? For instance, a license to operate can go a long way in creation of sustainable livelihoods. 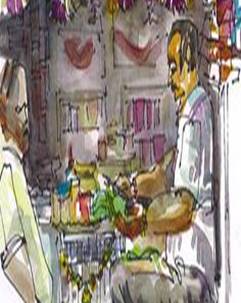 Traditionally, India is a consumer of the betel leaf or the ‘paan’.  However, betel leaves chewing in not only particular to India but many Eastern countries.  The betel leaf touches the lives of communities across these countries in birth and death, in joy and sorrow, in respect and contempt, in friendship and enmity and in challenge as well as in honour.  The chewing of the betel leaf drifted away from its pure and harmless practice to one that of addiction with the use of tobacco.

The introduction of Tobacco by the Portuguese in the 16th century and its widespread use in India and China since the 17th Century, the betel leaf consumption with lime and tobacco became popular.   The consumption of the betel leaf graduated to habitual chewing for narcotics effects with the use of tobacco.   The betel leaf moved from the traditional ‘paandaan’, a small decorated box to the street corners to the paanwala.

It is indeed interesting that the life and times of the ‘paanwala’ has changed with the opening of the economy, the retail sector boom and the product availability and the wide choice.  Quite noteworthy, the paanwala has kept pace with the changing times and shown great deal of transformation and diversification in his business. 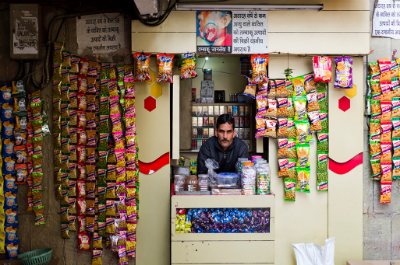 The location of the paanwala is very strategic; location can ensure good revenue generation. Paanwalas can be found anywhere and everywhere, at cross road, by-lanes, nooks and corners, near railway stations and bus depots and outside eateries.

The paanwala enterprise is often a self-owned business; however, it is in public spaces, on streets and footpaths, often referred to a ‘hole-in-the-wall’ concept. Most paanshops are housed in a tiny twelve square feet box like structure as referred to earlier ‘a hole in the wall’.  Efforts are made firstly to adapt to the changing demands of the enterprise and the challenge of placing large number of amenities packed in the small compact spaces.

The paanwala enterprise is often an initial beginning in search of livelihoods; people involved in this business are uncertain about their future and opine that they do not have any other occupation.    When asked, they responded that they see no other occupation open to them nor do they foresee chances of any future expansion of their business.  A few of them looked forward to setting up another paan shop and are in search of space available within their resources.

Diversification of the Paanwala Business 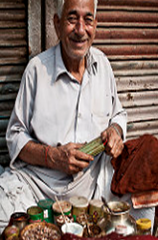 The retail industry boom has provided the much need opportunity and turned the paanwala into a ‘mini supermarket’ located at convenient junctions.  No doubt, the paanwala continues to offer tobacco-laced products; however, there is an array of products that one can source from the paanwala- from snacks and confectionary to soft drinks, stationary to recharge vouchers, and so on.  The changing nature of the paanwala as an enterprise and his adaptation to the changing environment makes a matter of discussion and analysis.

Though the sale of paan does offer better scope for earnings, a fall in the demand for the paan and rise for other tobacco-laced products is reported; however the profit margins on sale of the later are quite low.  A small section offer dairy products, cold drinks, stationary and recharge vouchers.  One needs to take note that this micro enterprise- the paanwala- shown his interest and inclination to go beyond the sale of paan or tobacco.

There was notable relation in the extent of diversification and investment in the infrastructure requirements with the number of year in the paanwala enterprise. 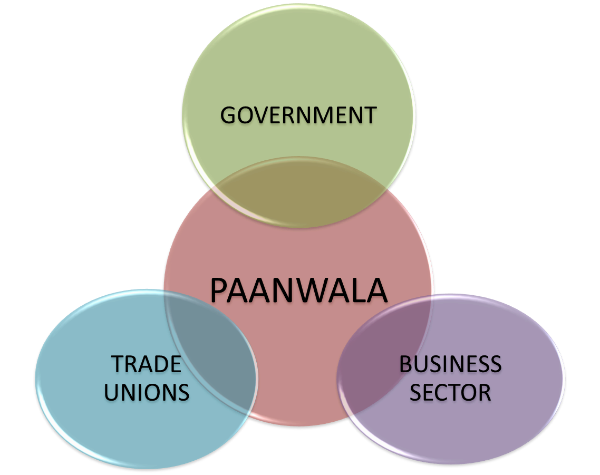 The Paanwalas can be focused upon to emerge as another business model to meet micro-demand of consumers; demands that may not be easily met by or may be out-of-the-way for the organized retailers.   The Paanwala can emerge as another renewed version of the ‘mom and pop’ stores;  the paanwala too are often family owned businesses or self-owned with small investment, few employees or family members contributing as labour, low sales volume and with focus on sustenance and survival and not profitability. 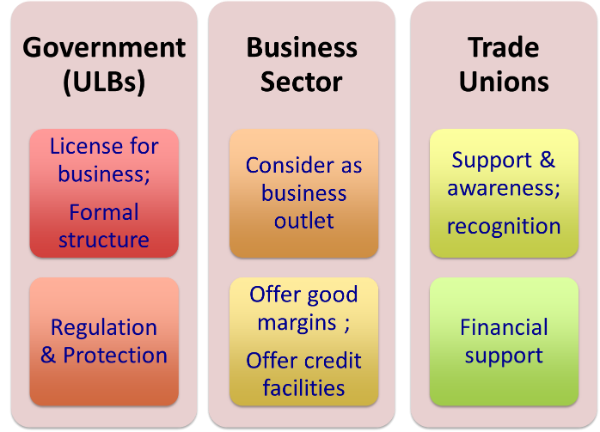 Though the paanwalas do rely more on tobacco-laced products, the diversification coming about with the boom in the retail industry can sustain them to emerge as ‘business enterprise’.  They can emerge as an easy-access outlet catering to demand at all-and-odd times with an assortment of products, much to one’s surprise.  The gradual diversification much evident among the paanwalas can usher the coming of a new business model to the strategic advantage of the corporate sector.